CREN to participate in the campaign "Abrace o Brasil" - CREN
The Centre for Nutritional Recovery and Education (CREN) is an international reference in the area of nutritional education and treatment of primary nutritional disorders (undernutrition and obesity).
nutritional, undernutrition, obesity, malnutrition, Brazil, treatment, fight malnutrition, help us, NGO
15450
post-template-default,single,single-post,postid-15450,single-format-standard,ajax_fade,page_not_loaded,,qode-theme-ver-7.5,wpb-js-composer js-comp-ver-4.11.2,vc_responsive

CREN to participate in the campaign “Abrace o Brasil” 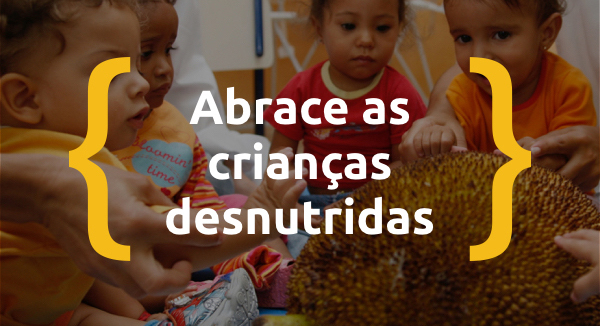 11 out CREN to participate in the campaign “Abrace o Brasil” 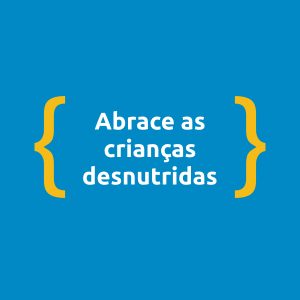 CREN is participating in the Abrace o Brasil (Embrace Brazil) campaign launched by BrazilFoundation in partnership with organizations that carry out important social work in the country. CREN is raising funds to recover children and adolescents with malnutrition in the outskirts of São Paulo. The campaign closes on November 28, the “Donate Day”. Until then, we need to reach the goal of USD 16,000.

Despite having one of the largest economies in the world, Brazil’s philanthropic sector is small and lagging behind others in Latin America, (Brazil ranks 91st in the World Giving Index). Philanthropy in Brazil has a lot of potential to develop and it can be a powerful tool to promote opportunities and change the country. You can play an important role in changing this. Join us! Embrace a cause! Embrace Brazil!

How Your Donation to CREN Will Help

We will develop a treatment project for a thousand malnourished children in the outskirts of São Paulo. CREN will identify vulnerable families and malnourished children and teens aged 0 to 18 years. After this, the team will work on nutritional issues through workshops, family training, and consultations with specialists. The nutritional recovery linked to empowerment will ensure a healthier future and the expansion of knowledge.

About the Abrace o Brasil

Abrace o Brasil (Embrace Brazil) is a campaign to make philanthropy go viral, to encourage a culture of giving among Brazilians, and to help civic organizations in Brazil continue to fulfill their missions of promoting social inclusion.

The campaign is calling on people from around the world to donate to organizations of their choice, with 100% of donations going to the organization (except credit card fees).

All participating organizations have previously been funded by BrazilFoundation, passed through a careful due diligence process, and have excellent track records and results. The campaign ends on Giving Tuesday, November 28th, 2017.

CREN – Center for Recovery and Nutritional Education – is a non-profit organization that over the past 24 years has served 13,000 families for the treatment of malnutrition and obesity in children and adolescents and has benefited 4 million people. We are reference center for research and development of scientific methodologies regarding children’s nutrition, attracting students, professors and researchers from several universities in Brazil and the world. The training of health professionals and in the area of ​​nutritional education has already benefited more than 35 thousand people. Our activities range from actively reaching children and adolescents in extreme poverty to educational actions, workshops, clinic-nutritional consultations, social, psychological, pedagogical, home visits and professional training.